It was the second day of the new time, and without knowing it, I was ready.

The putting away of laundry resulted in the cleaning out of six dresser drawers, which had been so crammed they would not close properly.

The haul included a cute, embossed definitely Christmassy shirt that I had no idea I had purchased, and two pair of fuzzy Christmas socks with the tags still attached that were a Christmas gift a year ago. 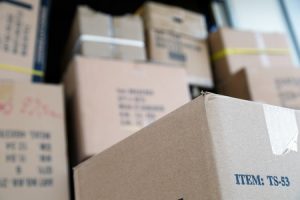 The cleanout was impressive – only a stained sweater and summer top were tossed, but many, many items – 35 individual pieces at it turns out – were folded neatly and piled, never again to be in my dresser or closet. Included were pricey bling jeans with the tag still attached, skinny jeans which I never should have purchased, dressy tops, casual tops, and a bunch of suggestive shirts purchased in and around Sturgis.

At some point, I just do not need to be wearing any of that stuff.

I was stunned to find that only an hour had passed and that much had been accomplished.

Later that day, I would attack the two hideous kitchen drawers. Unfortunately, the friend had arrived by then and he was appalled that I would throw away nails and thumb tacks, rubber bands and pens. But at some point in my life, order has to be restored, and I had reached that point.

There is so much more to be done, and the pity is that January is when it gets the attention. Perhaps one of those 12-month deep-cleaning plans really is in my future. And perhaps I’ll remain as motivated when the calendar turns from January.

On the other hand, there are naps to take and reading to be done.

It’s a happy new year, regardless of your level of motivation.

Previous Post « Great Books to Start Your Year Off Right!