Growing up I was a stereotypical bookworm with glasses, introverted personality and absolute loathing of gym class. So imagine my surprise (and fear) when I learned that not only was The Texan a state champion football player but my Steps were also pretty talented athletes. Sports and competition were literally a part of my family’s DNA, so to make our family work I needed to learn about the wide, wide world of sports. Each and every day for years we had a game, practice or training activity in addition to homework and housework. I remember being busy, but I can also see that athletics had a positive impact on my kids. Among other things, they learned about competition, teamwork, perseverance, discipline, dedication and determination. Plus, some of the most exhilarating and proudest moments of my life took place at football games and track meets.
So I have a lot of experience in the stands and on the sidelines at Little League, Pop Warner, middle school, high school and even a few college events. And I must say that over the years I have seen a lot of unsportsmanlike conduct from parents toward other fans and athletes. But the group that bears the brunt of the abuse is the coaching staff, often regardless of whether the team wins or loses. Recently I spoke to former contacts about coaching experiences, and I hope the information here helps you understand their point of view so you can be an even better fan to the team and your child. 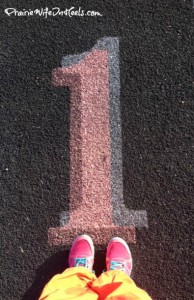 TX2S: Were you an athlete growing up?
Coach: Yes. My competitive nature started at a very young age, so naturally my days revolved around sports. I participated in both team and individual sports. Luckily, I was surrounded by other talented athletes. Therefore, winning came as an expectation from not only our coaches, but from ourselves as well.
TX2S: Did you enter college planning to be a coach?
Coach: Not at first, but it didn’t take long to make a decision. I knew sports and competition would always be a part of my life. After reviewing a few sports related careers, I found the education route offered the best option for coaching.
TX2S: Once you had your teaching degree, what were some of the factors you weighed as you made the decision to coach?
Coach: Factors involved with coaching include which sports to coach and at what level. I started at the high school level as a junior varsity coach, but found it too time-consuming and very stressful. I thought I wanted to become a varsity coach, but being newly married and very young, I couldn’t deal with being away from home all the time. As soon as a junior high position became available, I made the switch. For me, it was the right decision.  The stress level is very low, the number of hours is minimal, and there really is no pressure to win. Don’t get me wrong, I want to win, and I coach to win, but if I lose, it’s not a big deal.
TX2S: Which aspects of your job do you love?
Coach: I get to see my athletes grow from the beginning of the year to the end of the year. It’s exciting to see them get stronger, faster, smarter and better. 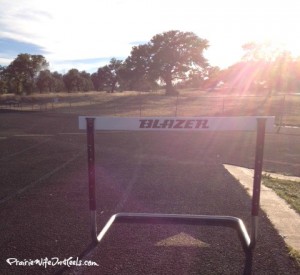 TX2S: Protecting students from injuries is an obvious challenge, but what other hurdles come with the job?
Coach: The biggest challenge I face is getting my athletes to understand that not every athlete is equal. Some are going to be better than others. That’s just how it is.
TX2S: What approach do you use with your students so they understand wining, losing and doing their best?
Coach: Win or lose, I make sure I’m smiling at the end of the game. I don’t want my athletes to feel worse than they already feel because it’s not only about winning. It’s about learning and growing as an athlete and a team. I try to encourage a loss by pointing out the good, and I try to wrap up a win by pointing out the good qualities the other team had. I never want my team to think they are better athletes just because they won or vice versa. It’s about being humble, win or lose. It’s ok to give the other team credit, win or lose. As a coach, I’ve learned through the years that my attitude will be reflected by my athletes. I look at it as though they are representing not only the school but me too. We are a family that shares the same school name. It’s important to me to give and get respect.
TX2S: Of course, every parent thinks their child is the best athlete, deserves more playing time, etc. How do you balance parents’ expectations for their children with the school’s expectation of a winning season?
Coach: This is a hard one. I know I stated earlier that winning is not a big deal, but as a coach, I have to make decisions that are best for the team. I’m going to coach to win. To do so, I’ll have to play the best players for longer periods of time. I get accused of playing “favorites,” but in reality, my “favorites” are the better athletes. I don’t care who you are, no one likes to lose. Athletes don’t join sports for the heck of it, right? People don’t show up to games and cheer for a loss, right? Sooooo, why would I coach to lose? The only reason some athletes get more playing time than others is because they are better and can help the team win. Plain and simple. It has nothing to do with anyone or anything else. It doesn’t mean I dislike your kid. It doesn’t mean I’m being hateful toward your kid. It doesn’t mean I’m trying to sabotage your kid. It doesn’t mean anything other than your kid just isn’t as good as the kids you’re comparing him/her to. Believe me, if your kid is outstanding, he/she will see a lot of playing time.
TX2S: OK, now’s your chance to give us a key coaching tip you have learned and any final Prairie Wife words of wisdom…
Coach: Remember, the coach, the players, the parents and the fans want to win! All decisions made by the coach are made with winning in mind. Life isn’t fair. Sports isn’t fair. Stop expecting equal treatment. It just isn’t going to happen. Do as the coach does. Keep the team in mind, not your kid.
When Coach gets a chance to come in off the field, comments will be checked!