I didn’t mean to leave you all hanging about Cowbaby5. Well I did but, it was because I didn’t want to make you read a super long post, so I decided to break it up. Take a minute to read CowBaby5 Boy or Girl: Part 1 if you haven’t already!

When we left The Cowboy had thrown down the gauntlet. Find out if CowBaby5 is a boy or girl and get rid of the baby clothes we don’t need (which we all know involves a grieving process and a certain amount of time and emotional strength) OR don’t find out what the baby is. 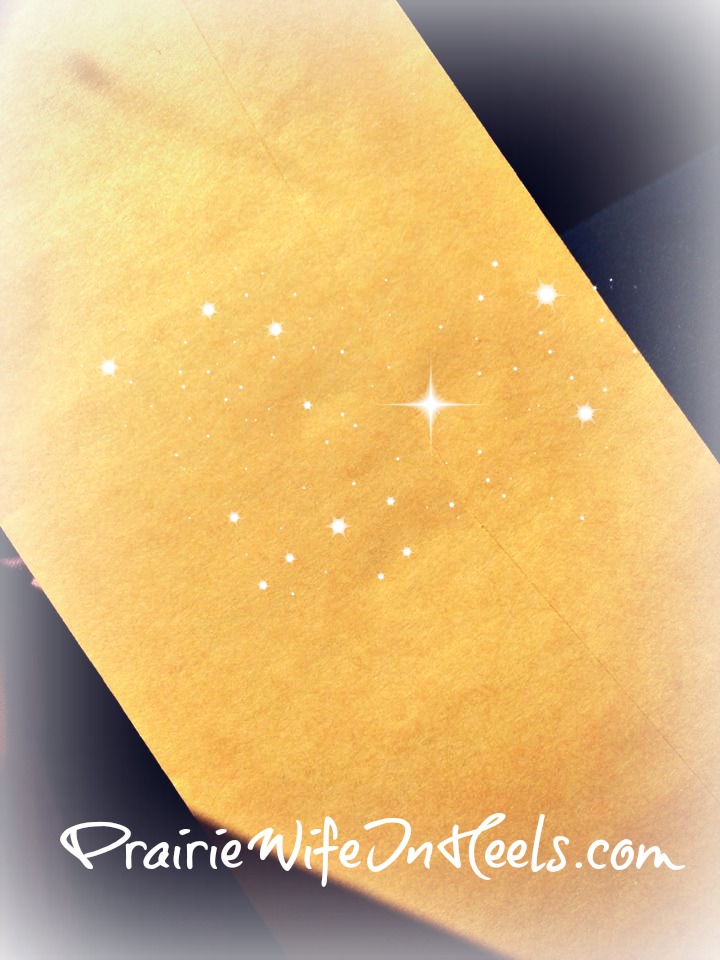 I stared at him open mouthed and once I got my breath back I said very clearly “If that’s your compromise then no question about it, we are NOT finding out!” The Cowboy looked at the Cowkids, Cowgirl G was barely holding back tears, and said “Sorry kids, Mommy said NO!” Our poor OB stared at me waiting to hear what I had to say. I looked at her and said “I guess you got a look into the inner workings of our marriage. But, I know while we were “discussing” all this you looked at what the baby is so…can you write it on a piece of paper and seal it in an envelope and we can decided later?” The older kids grasped onto this glimmer of hope and our OB breathed a sigh of relief and quickly printed out pictures. Carefully hiding from The Cowboy who literally had her backed into a corner (I KNEW he wanted to find out), she wrote on the picture and sealed it in an envelope, and wisely handed it to me.

We headed out to the car with The Cowboy nagging me for the envelope the whole time. Remember I was fine with not knowing all along so, I knew it was safe with me until we came to an official compromise. The Cowkids were begging to open the envelope and we explained that daddy and I would talk about it and let them know what we decided.
When we finally had a moment alone I grilled The Cowboy on his change of heart. “It’s like this…” he said “I didn’t want you to make an emotional decision and regret it later; you were so firm on not finding out. It’s like the epidural thing. You always say you don’t want one and it’s my job to keep you on track once you’re in labor. But in the room you always change your mind, and I keep you focused. You always thank me afterwards.”

What could I say to that? It’s all true (don’t worry I’ll fill you in on birth another time) and really kind of sweet, right?! He wanted to find out but just didn’t want me to make a decision I would be upset about later. I explained that for me it was about the Cowkids and letting them be a part of this experience. Especially since I am pretty sure this IS out last baby.

SO we gathered the Cowkids on the couch and let Cowgirl G open the envelope and hand it to The Cowboy. The Cowboy announced…. 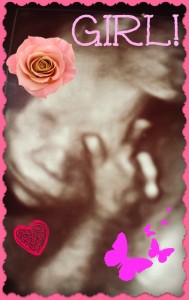 Cowgirl G began to jump up and down and scream with joy while Cowboy W slapped his leg and said “Dang Nammit” while shaking his head. As of now he has decided having a little sister could be pretty fun. Cowboy J asked to verify the truth of it being a girl and then said “Dog Gonnit” and began to cry. I would feel worse for him if he didn’t already have two brothers! Just so you know, he’s starting to be OK with another sister now that he’s had some time. Cowboy C got caught up in the emotion and sat on the couch happily screaming as loud as he could. We are all thrilled and just for the record…I’ve been saying it was a girl all along…it’s hard to always be right 😉