WyoSal: The World is NOT Ending

Newsflash: The world is not ending.

I awoke to college students chanting, “He is not my president.” 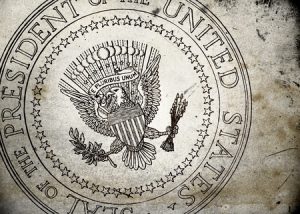 Guess what? While you breathe our air and drive on our roads and become more educated in our classrooms, yes, yes, he is.

But never once did I utter that he was not my president.

As the votes were counted, I confided to a friend that I had prayed harder in the last months than I had ever prayed before. Non-believers say prayer doesn’t matter, I could not disagree more.

How I think the media treated OUR president will be saved for another time, except for my sharing with you that it was shockingly, irreverently, irresponsibly awful.

As we watched results in a “red bar” — is there any other kind in Wyoming? — I took note that the standing room only crowd was filled with civil servants, cattle and sheep ranchers, retirees, educators, energy producers and very small business owners.

To a person, they were ecstatic.

And in an evening filled with great moments, the very best moment happened when I stepped in the hall just as they called Wisconsin for President-elect Trump.

And after months of sitting in meetings biting my tongue until it bled, after one memorable meeting in which news staff planned the top of page headline that would extoll a Clinton victory,  I knew that without gloating, I could be in the office again because all I had to do was think of my Mom.

Here’s to OUR president — yours, theirs, and mine.

Here’s to OUR president — yours, theirs, and mine. @WYOSAS

3 thoughts on "WyoSal: The World is NOT Ending"

Next Post Mary Poppins’ Musings: Back in the UK »