Some of you may remember me raving about a book called Dietland. It was one of those books that not only left me craving more but, it changed how I looked at women’s roles in society. I began dreaming about this Prairie Wife of the Week interview as soon as I finished reading the book, and it was truly an honor to have the opportunity to pick the brain of Sarai Walker. While Ms. Walker and I have had this interview planned for months, the timing for me personally, is right on. Some of you may have read my post (technically it’s actually a rant) from Friday, Women Can’t F$#%ing Win…and after reading Walker’s article in the New York Times Yes, I’m Fat. It’s OK I Said It. it’s nice to know I’m not alone.

“In a culture where most fat people in the media have missing heads … a fat woman with a voice can be threatening. I sometimes think it would be easier to be one of those anonymous, headless fat people. But if you’re missing a head, you can’t speak up.”

Take a moment to read our powerful interview (if I do say so myself) with an amazing woman and author. Then, buy her book, grab a cold drink and your swim suit and immerse yourself in a fabulous book and a world where women are learning to love themselves just as they are.

Take a moment to stop by the end of this interview to enter to WIN a signed copy of Dietland. 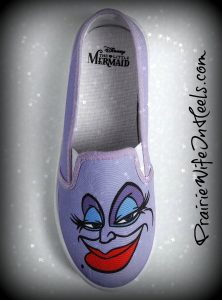 Prairie Wife (PW): First tell us a little bit about you.

Sarai Walker (SW): I grew up in California and Utah. I moved to New York City for college, and for most of my adult life I’ve lived in the Northeast and in Europe, but I always feel like a Westerner at heart. Right now I’m a bit of a nomad. I was living in the New York City area when my book was published last year, but I’ve been spending some time in New Mexico researching my next novel.

PW: I was first introduced to you when I read your book Dietland. This book is an amazing debut novel that I can best describe as chic lit turned suspense novel stirred up with a dose of social commentary. How did you come up with the concept? 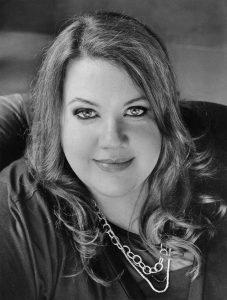 I first had the idea to write Dietland after I saw the film Fight Club. I loved its angry, punk, defiant spirit, and I don’t think enough things like that exist for women. But I struggled early on to figure out what the novel would actually be about. Several years later, I wrote a short story about a fat young woman who works at a teen magazine. This story dealt with issues to do with fat bodies, the media and feminism. I realized the character in this story would make a great heroine for my novel, so I basically merged the short story with my Fight Club idea and created this weird combination. That’s really the foundation, and then it evolved over time.

PW: Would you consider yourself a feminist, and if so what is your definition of a feminist?

SW: I’m a loud and proud feminist. Was there any doubt after reading Dietland?! Feminism is often described as a movement for women to achieve equality with men, but I don’t like that definition for reasons that many other feminists have articulated. For one thing, not all men are treated equally in society, so when we say we want to be equal to men, what does that mean? And also, women have mostly obtained equal rights in a legal sense, although there are many important issues that still need to be addressed, such as reproductive rights, equal pay, etc. But many of the issues we face are the issues I write about in Dietland – cultural misogyny, violence against women, objectification of women, dehumanizing beauty standards and so on. These are cultural problems that, with the exception of violence, can’t be addressed through the legal system. So I define feminism as the liberation of women. I think that’s a better goal.

PW: What has been the reaction to your book, has there been any back lash for the strong points you make about how women are currently treated in our culture (perhaps society is the better word)?

SW: Readers who love the book REALLY love it. I receive such great feedback from readers who say the book has changed their lives in some way, or helped them see the world differently. That means so much to me. I’ve also received a backlash from fat haters, though most of these people haven’t read the book. I recently wrote about some of my more difficult experiences in an op-ed for the New York Times. 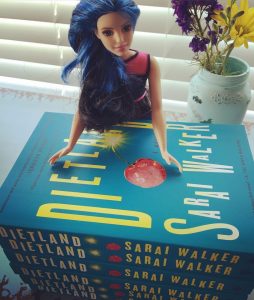 PW: What is your hope for you readers when they read Dietland?

SW: Readers look for different things when they pick up a book, and their interpretations can vary tremendously, so I hesitate to say what I hope readers will take away from it. For those who are struggling with accepting their bodies, or upset about the rampant sexism and violence against women in society, I think Plum’s story can help them think about these things in a new way and make them feel inspired but also angry in a useful way.

PW: At the end of your book I felt that there was a possibility of a sequel…or is that just my wishful thinking lol?

SW: I get asked this question a lot, and it’s very flattering. You’re right that the book could continue — there’s definitely an opening for that. But at this time I have no plans to write a sequel. I’ve moved on to another novel that isn’t related to Dietland. However, Dietland has been optioned as a TV miniseries, so that should be appearing in the next couple years. Plum and the other characters in the novel will get a second life in that way.

I’ve read that you are currently working on your next novel, a historical fiction book. Can you share some details about the plot?

SW: I’m not ready to share plot details yet, but I can say that it takes place about 100 years ago. On the surface it’s very different from Dietland, but I think there are some common threads. For one thing, it’s a story about women and it has feminist themes. Also, people always tell me that Dietland is “bonkers” (in a good way!) and this new novel is even more bonkers.

PW: What are some of the challenges and joys you’ve experienced switching from writing a Novel that takes place in the present to writing a Historical Fiction Novel?

SW: Switching to the past is actually a relief. Dietland is immersed in contemporary culture and focuses on so many of the difficult problems we face as women, so it’s nice to step out of this world of ours and write something else. Of course, every time period has its own struggles — and women were still struggling to get basic rights back then like the right to vote — but having some distance from the era I’m writing about makes it easier somehow. I’m not as personally connected to it. I suppose the biggest challenge is just getting the historical details right, but I’m having fun researching it.

PW: As a successful author who has gone on book tours across the world what are some of your favorite experiences? 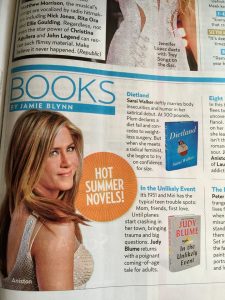 SW: Well, so far I’ve gone on book tours in the US and Australia, although my book has been published in other countries as well.  I think the best part of touring is meeting readers. Also, visiting wonderful independent bookstores and connecting with the owners and employees, who love books and play such an important role in sustaining our literary culture.

Book tours can often be stressful, with lots of traveling around, and events and media that can be nerve-racking, but I’ve been lucky to find a bit of free time wherever I’ve gone. I had a wonderful visit to the Japanese Tea Garden in San Francisco, and in Sydney I saw koalas and wallabies right before I raced to the airport.

Many of our readers are authors themselves. Do you have any hints or tips for them as they continue on their journey?

Writing also requires tremendous persistence and discipline. Unless you’re lucky enough to be a full-time writer, you have to balance writing with work and other obligations. Writing can often take a backseat to the craziness of daily life. I know many talented writers who stopped writing because life got in the way. Figuring out how to make writing a daily part of your life is difficult. It doesn’t just happen. You have to make it happen, and that requires sacrifices, and giving up other things you might like to do.

Where do you hope to see yourself in the next few years?

SW: I’m very excited about my new novel, and the Dietland adaptation. I hope within the next few years to finish this book, and to see Dietland on TV screens. 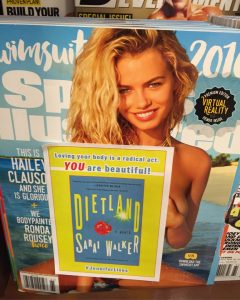 SW: In the spirit of Dietland, which is in large part about one woman’s relationship with her body, I’ll say that loving your body is a radical act. In a culture that sends us constant messages that we’re not good enough and need to change, and that says our “best self” is always a thinner and younger-looking self, accepting the body you have now and loving it is one of the most important things you can do. This isn’t always easy, and loving your body doesn’t mean you think you’re perfect, nor does it mean never having body anxiety. But whenever I feel like hating myself, I remember that the body I have is the only one I’m ever going to get. It’s mine, and that makes it special.

Take a moment to enter to WIN a signed copy of Deitland! All you HAVE to do is comment below, tell us what you found the most interesting about this interview. You can earn more points by following us on social media…please be honest we will be checking!

Categories: #GiveAways, Life As It Happens, Prairie Wife of the Week