What exactly is it that draws millions of women to Jaime Primak Sullivan’s Facebook page and daily #cawfeetawk videos? Is it her honest and to-the-point advice? Her quirky sarcastic Jersey girl humor? Or perhaps it’s the fact that she seems 100% real as she chats away makeup free in her PJ’s while sipping her coffee? I’d say it’s the perfect combo of all of the above! Along with the fact that she’s completely candid about how she’s learning to navigate her life as a woman, wife and mother day by day, and screwing up just as much as the rest of us.

Here at PrairieWifeInHeels.com we’re all about supporting other women  and that’s why I jumped at the chance to interview Jaime. Honestly, I was nervous going into this one. I really REALLY admire Jaime and I was prepared to find out she isn’t quite so much “like the rest of us” as we’re led to believe. Readers, I’m happy to say that not only is she EXACTLY who she shows herself to be…but she’s actually even BETTER than I thought! At the end of the interview I let her know when it would be posting. When she inquired why it wasn’t going up until almost a month later I stammered a bit as I explained that I was preparing to have my second mastectomy surgery and would be off the grid for a bit and focused on my family. I expected to hear a negative response from her but, instead she simply said “Say no more.” She’s the real deal readers, and a woman that I am honored to call a fellow Prairie Wife.

Stop by the end of the interview to enter to win a signed copy of her bestselling book The Southern Education of a Jersey Girl!

Prairie Wife (PW): First tell us a little bit about you and your family. 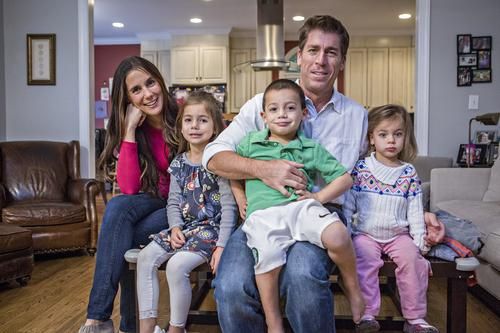 Jaime Primak Sullivan (JPS): I grew up in New Jersey and had a typical 80’s New Jersey upbringing.  My dad died when I was 17 and I went off to college. Honestly, I spent the next decade running away, when all I truly wanted was to go back. The first time I met Michael (who is now my husband) I was in an abusive relationship at a time so, I wasn’t even interested in him. Not to mention I was 26 and he was 40 (way too old for me I thought). When fate brought us together a year later I realized that he was special. We went on our first dinner date, and I knew he was the one, I knew that I felt different.

12 years later we have a beautiful family of 5. Olivia is 8 ½  Max 7 ½ and Charlie is 5 ½  our family is Southern for sure but, my New Jersey blood is in there too. I love that we have that mix. There are rituals that are important to me and are my “heritage” and my kids have the benefit of having those same experiences I had. When they hear mama blaring Bruce in the kitchen they know it’s a red sauce kind of night!

PW: Many of our readers may know you from the Bravo TV show Jersey Belle. Can you share a bit about how the show happened, how it changed your course, and what you’ve learned from the experience (and why the heck they didn’t renew it)? 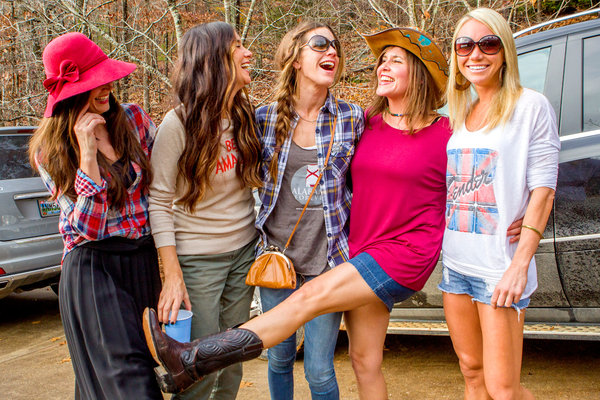 JPS: It was my idea. Through my work for a PR company I pitched it to BRAVO. It was a new concept for them, and it was the first show where the star was a new person and it wasn’t a spin off. It wasn’t cast, it was real life. They really believed in it! It was a true fish out of water story, and a way for me to show the viewers all the exquisite parts of the south I had come to love. It was an amazing first season but, at the end of the day we couldn’t keep the content fresh and new without turning it into another “House Wives”. There wasn’t enough drama for BRAVO and I wasn’t willing to be something that wasn’t authentic. We went out on a high note with no hard feelings on either side.

My girlfriends put themselves out of their comfort zones when they participated in Jersey Belle and I love that they did so much, all for me. They rose to the challenge, and let me tell you, when southern women tell you they love you, you better believe it! They held me up when I couldn’t stand on my own two feet. I know that these women would be a part of my life forever that’s why there is a chapter dedicated to each of them in my book.

PW: Your #cawfeetawk daily videos have taken social media by storm. What prompted you to begin these and why do you think they strike a chord with your followers? 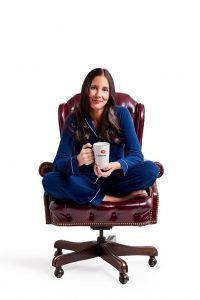 JPS: I began my #cawfeetawk videos because so many people messaged me and said “You are so real I wish I had a friend like you to help me through (fill in the blank here).” I simply couldn’t answer all the emails. #cawfeetawk was a way for me to answer their questions. I never predicted it would turn into what it is, but women were looking for a powerful voice, a woman that wasn’t fake. When I make a #cawfeetawk video I share what is really going on. Conflicts with friends, trouble parenting, and the ups and downs of marriage…I share it all. I’m a self-proclaimed work in progress. There are days I want to leave where and who I am. But, at the end of the day I make a real effort and I follow through and show up. I must be doing something right because about 5 million people watch a week. It’s an honor to know that I’m making life better for so many people. Right now I’m working on a big project! Cawfeetawk.com will launch later this fall, it’s going to be the premier editorial destination for midlife women…so keep your eyes open for it!

PW: You just released a book called The Southern Education of a Jersey Girl. One of the main themes in your book is learning to embrace your new southern life while still staying true to yourself. As a city girl gone country I can totally relate! Can you share an example of a time when you realized that there was value to some of that southern culture you’d been fighting against for so long? 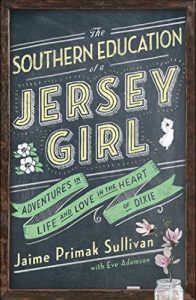 JPS: I used to see walking away from a fight as a weakness. When someone starts a fight you finish it, and finish it on top. My MIL and the Belles taught me that you don’t have to engage in every battle that comes to your door. There is more strength in walking away.

PW: I really enjoyed reading about the courtship between you and Michael. Even though I knew it had a happy ending I was entranced! What did he think about you sharing the whole story with the world?

JPS: Michael is as proud of all the work we’ve put into our relationship as I am. When he read the book he said, “I lived through all this and I still found it so entertaining to read it!” He also commented that reading helped him to learn more about me and our relationship as well. Michael is proud of me and it was exciting for both of us to see how far we’ve come!

PW: As a mother who has experienced my own pregnancy losses I thought it was amazing how you shared your story so openly and honesty, it brought me to tears. Was that hard for you to share?

JPS: If I didn’t share this part of my story I knew it would have eaten me up inside. Before becoming a mother, I was the type of person who thought “It wasn’t a baby why are they upset?” when I heard someone say they had a miscarriage.

From the second I realized I was pregnant with my first child, I never knew love like that before. So when I was pregnant with that baby I was in love from the second I knew. When I saw that beating heart, I saw my baby who was trying so hard to live…and it was just growing in the wrong place. To say goodbye to my baby, who I loved…it was excruciatingly painful to me. I will never not cry over that baby, and I will never stop loving it or talking about it.

PW: As a fellow “mean mom” I was totally fist pumping when I read your ice-cream post that went viral. Why do you think there was such a huge reaction to what was really (in my opinion) simple common sense parenting? 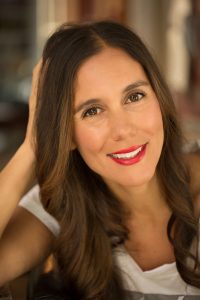 JPS: I was shocked it turned into what it did! I was just sharing a real parenting moment with my followers. It struck a chord with others because people are so sick and tired of the younger generation doing whatever the hell they want. I refuse to have children that are little assholes, and sometimes being in a certain economic place can make that harder. I truly believe that Michael and I have an obligation to raise Godly well behaved children. For me, if my kids weren’t thankful and grateful for what they got…they should get nothing! It can be hard to follow through on things like that but, I know I made the right choice and my children heard my message loud and clear. It gives me hope to hear that so many people agree with me, maybe we can turn things around!

PW: You’ve got an amazing family, wonderful friends, and a book that’s sure to be a best seller. Where do you hope to see yourself in the next five years?

JPS: I’m working on a personal project right now and I have two films that are set to shoot, I hope that these projects will all be successful. I hope my marriage and children are thriving. And I hope that women are still watching #cawfeetawk and being inspired by it!

JPS: True balance doesn’t exist. You can’t be everything to everyone every day. Sometimes the crops need the sun and sometimes they need rain. You might be a bad mom one day, and the best mom on the block the next day. When you feel like you aren’t giving enough at home, do more there the next day. If it’s work or your marriage that’s calling for your attention, turn your focus there. Pay attention, listen, and trust your instincts. Do the best you can with what you’ve got.

All you HAVE to do to enter to win a signed copy of Jaime’s book The Southern Education of a Jersey Girl is comment below and tell us what you love about Jaime! Earn more points towards the giveaway by following us on social media. PLEASE be honest we WILL be checking.

Categories: #GiveAways, Life As It Happens, Prairie Wife of the Week

Next Post Wyo Sal: I Need a New Word »