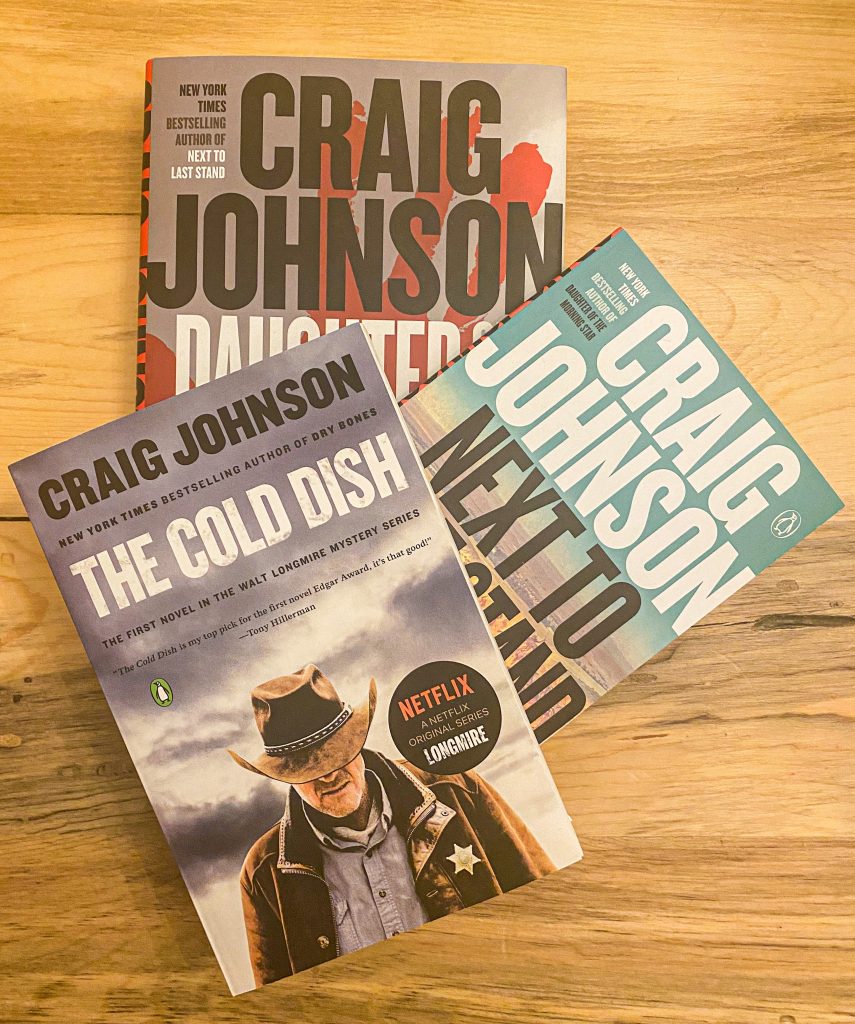 And, frankly, I feel comfortable saying that it’s also popular across the entire United States and the world.

After all, the series is currently available in 14 different languages.

While the books were popular well before the hit A&E series (that had over 6 million viewers per episode), the beloved television series took “Longmire” to a whole new level.

There is even Longmire Days in Buffalo, Wyoming, and the Longmire Night Rodeo.

Even though Johnson isn’t a Wyoming native, he fell in love with the state when he delivered horses to Ucross, Wyoming in his early 20’s.

He now has a ranch in that very same small town (population 25) he first fell in love with.

Johnson has used his many years of experience living in Wyoming to create amazing characters who deeply believe in the Cowboy Code of Ethics,  and it shows in their actions, even when they’re caught in unexpected and challenging situations.

When Johnson was asked how he felt about being a CELEBRITY this was his response: ​

Yep, you’re right in that I’m not particularly comfortable with that kind of label simply that for me, it means the persona of the writer has become more prominent than the writing itself. There are a lot of authors who spend a great deal of time sculpting their public image into something they think the readers want to see, or someone they want to be. To be honest, I’ve never really had time for that. My focus has always been the writing and always will be. I feel lost when I’m not concentrating on the novels. I’ve never been one for the cult of personality, maybe because I just don’t think that I, personally, am all that interesting.”

Isn’t that the most “Wyoming response” ever?!

When Viking Books (an imprint of Penguin Random House) reached out to me and asked if I was interested in reading and reviewing Craig Johnson’s newest book “Daughter of the Morning Star” I jumped at the chance!

And then I asked if they would be interested in providing an extra book to use as a giveaway for my readers, and guess what?!

Not only did they do exactly that, but they sent me TWO MORE of Craig Johnson’s books from his “Longmire” series. “The Cold Dish” and “Next to Last Stand”.

After you take a moment to read my review of “Daughter of the Morning Star” use the form below to enter to win a set of 3 of Craig Johnson’s books. 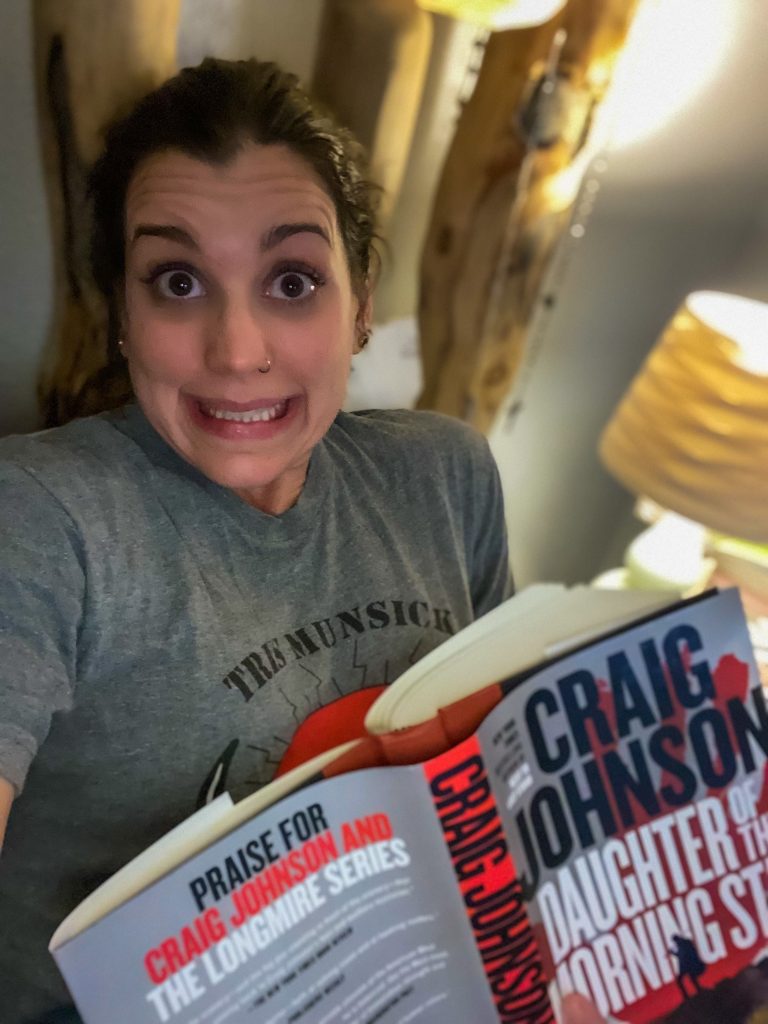 This pic shows me up way too late for the third night in a row (notice the bags lol) reading Johnson’s latest book. I could probably just end the review there…after all is there higher praise than that?

Like most of the Longmire books, Johnson doesn’t wait to dive right into the drama and mystery in “Daughter of the Morning Star“.

Tribal Police Chief Long calls in a favor, the sister of a missing tribal member is receiving death threats. Lolo fears that she too will disappear, and wants Walt to bring attention to the case…and his own special kind of help as well.

With the recent real-life spotlight on the 710 currently missing Indigenous people in Wyoming alone, I have to admit that this book really struck a chord with me.

Walt gets into all the conflicts that we have come to expect (and love to read about) when he’s on a case and gets himself out of several tricky situations through help from Henry Standing Bear, his quick wit, and pure brute strength.

What I found particularly fascinating about this book was the focus on native spirituality. At times it was downright eerie to read about, and it definitely threw me off the trail more than a few times…and left me thankful for my own trusty “dog”.

In the end, Walt gets the job done, even if it’s in his own unique way, and with more than a bit of help from the other Longmire characters we love.

Die-hard Longmire fans will definitely enjoy this book, and those of you that have yet to read one of Johnson’s books will find yourself more than willing to go back to the beginning and read all 17 books!

All you HAVE to do to enter to win 3 of Craig Johnson’s books is tell me in the comments what you love about “Longmire”.

You can use the Rafflecopter form below to earn more points towards the giveaway.