Wyo Sal: My Own Academy Awards

I enjoy movies, I just don’t watch them very often.

Through all of the different phases of my life, I’ve loved a giant box of Dots and popcorn with lots of butter and salt. 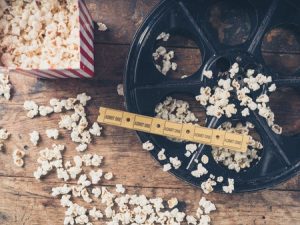 I just very, very rarely go “to the movies.”

Now, living 25 miles from a movie theater makes it even more rare.  I know we saw “American Sniper,” right after it came out in 2014 – at a matinee. We absolutely loved it.

We saw “Jersey Boys” when the weather was nice enough for a motorcycle ride, and I adored it.

The friend watches movies nearly every night on television. I vastly prefer reading and sleep.

So the other day, he called excitedly to say that the movie “Concussion” would be on my television – before it even got dark.

I reluctantly agreed to the late Sunday matinee preceding an early supper.

“Concussion” is a marvelous movie. Will Smith should have received an Academy Award.  Bennet Omalu, the forensic neuropathologist whom Smith depicts, should win a Nobel Prize for science.

And NFL commissioner Roger Goodell should be very, very ashamed of himself.

The movie, which I was reluctant to watch when it debuted, is not so much a football movie as it is a triumph of one man who would not be deterred in his quest to be heard.

I don’t know if I’ll watch the Academy Awards. If it were about pretty dresses and movies, I might. But it will turn into a political rally, and frankly, I’m about political rallied out.

So I’ll take note of the winners, and of which movies I might like to see two or three years from now – at home, with the dog snuggled next to me and popcorn made the way I like it.

Next Post Mama Mantra: I Will Show You What Work Is »