I admit, I wasn’t excited about the solar eclipse.

I knew that our little town in Wyoming was one of the best spots in the world to view it, that it would be a total solar eclipse, and that it was the first one in almost 100 years that we could see in America…

We were told (warned) that hundreds of thousands of people would be descending on our state to view this celestial event. 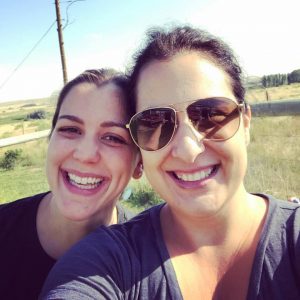 I was excited for the much needed revenue it would bring our state, and worried about the risk of a fire being started by an uneducated tourist.

When my HighSchoolBFF and her husband decided to come and stay with us for the event I simply thought awesome, another chance to see her! Though, I wondered a bit whether is was worth another trip out here.

The night before the eclipse, we had a BBQ with TallGirlJ and her family as well as our weekend guests (our niece and her boyfriend came too) and it was a blast! Lots of children running around, good food and even better company resulted in a later than usual bedtime. 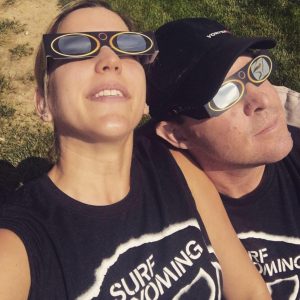 The next morning EngineerG (HighSchoolBFF’s husband) set up all his camera equipment and educated the Cowkids on the ins and outs of the solar eclipse. I admit I began to get a bit more excited about it as I listened to him. While The Cowboy set up his spotting scope to watch the event I made sure everyone had their solar glasses ready. In the back of my mind I tried to grasp what it would be like to have darkness at 11:30 in the morning. Would it even really be dark? Or would it just feel like a cloudy day?

We knew when the eclipse began because of the NASA site’s time table…which was pretty crazy.

You couldn’t tell at all by the brightness of the sun that anything was going on…even when it was almost halfway covered…they only way you could tell was if you looked up at the sun with the glasses. 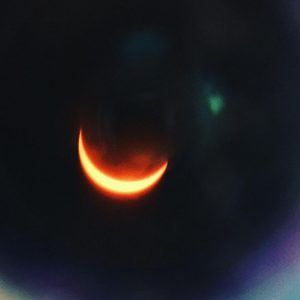 Once we passed the halfway point, we started to notice the temperatures drop and it began to slowly but surely get darker.

But, once again, even when there was only a sliver of sun left it was STILL too bright to look at without our glasses…

And then it happened.

The temperature dropped noticeably and our animals went silent.

The only noises you could hear were the sounds of utter awe echoing up and down our dirt road as we all looked up and reveled in the beauty of this event.

The sky was black except for a perfect circle of white light around the moon. A planet shone brightly along with a few stars, and a thin paintbrush streak of sunset-like color circled the horizon. 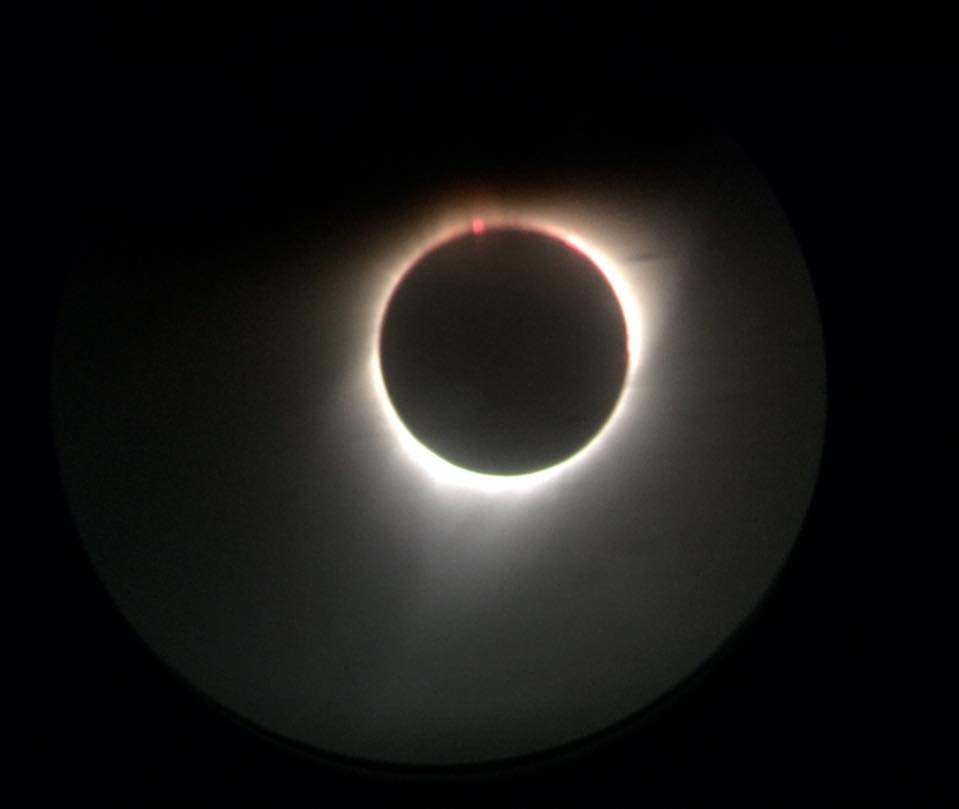 I can think of hundreds of words to describe the event but, humbling is the one that came to mind first.

Tears came to my eyes as I thought of how many people in that moment were looking at this same thing and remembering how truly great it is to be a part of this world, this universe…and how small we are in it.

How powerful the sun is, how much we take it for granted, and how truly thankful I am for the simple gift of waking up each day and feeling its warmth.

I felt silly being so emotional but, as I spent hours on social media reading posts and liking pictures from friends and family across the United States, I saw that many people had the same reaction.

This morning I texted HighSchoolBFF and despite an 11 drive that should have taken 4 and a missed flight back home…they still agreed that it was worth it to see the total eclipse.

How truly great this universe is, and how blessed we are to be a part of it.

How truly great this universe is, and how blessed we are to be a part of it.