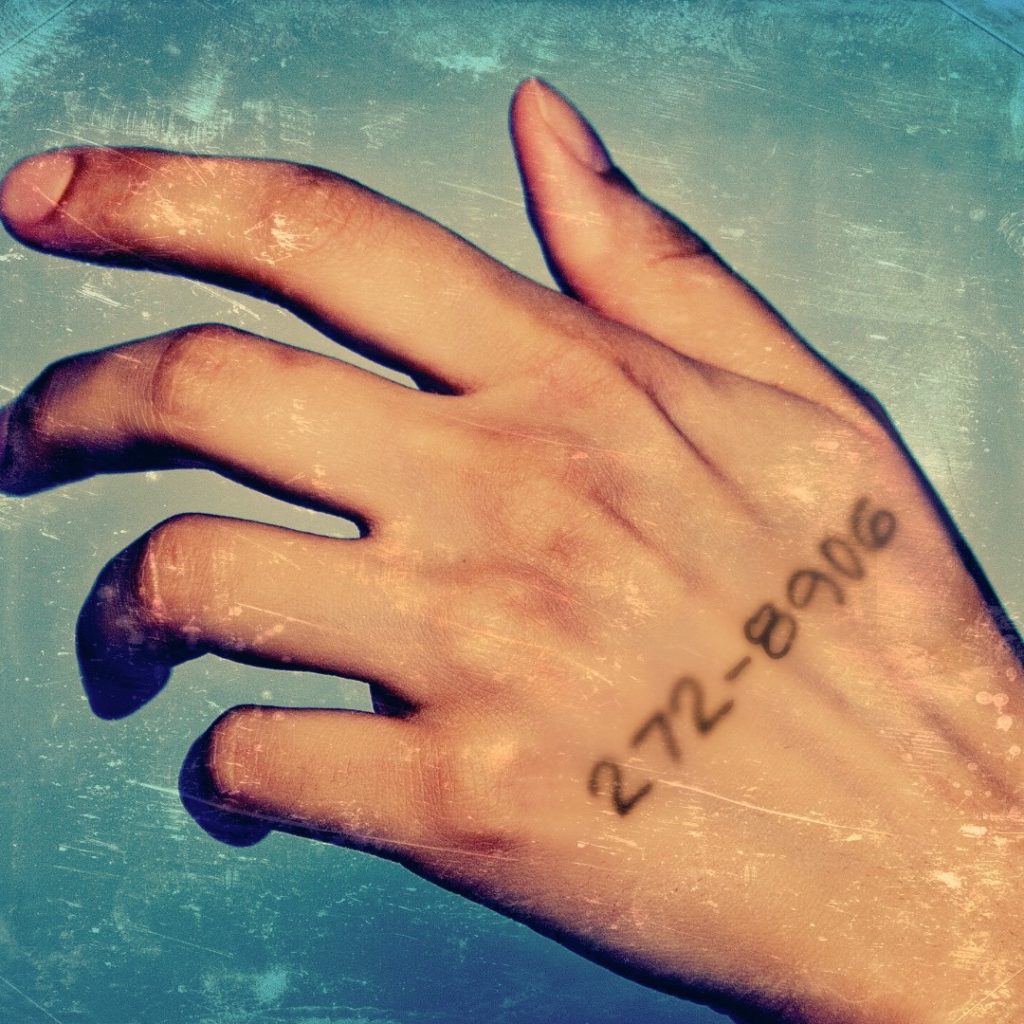 The faded black ink numbers on the back of her hand caught Rebecca’s eye as she gazed into the rear-view mirror, smoothing down her hair that was still mussed and tangled from the night before.

She couldn’t quite remember his name, the man who gave her his number.

She was simply left with a foggy memory of broad shoulders, a balding head, and rough hands opening up a wallet to buy her another drink. The wallet she remembered perfectly because she could see the top of it sticking out from under the silk scarf laying on the seat next to her.

The wallet was Western in style. A long thin rectangle, with tooled leather and a silver medallion in the bottom corner bearing the initials M.T.

Per usual she had left the ID and most of the credit cards behind on the floor under the bed.

After all, it was too easy to get caught if she got greedy and took it all.

She just needed the cash, a credit card just in case, and the two rumpled checks. The cash would be enough to get her gas and snacks when she left town in a few hours. And the checks and credit card would keep her secure for a week, or maybe even two.

She’d have to learn his name then, so she could use her “husband’s” card.

She startled when she heard the slam of car doors next to her and watched a large family pour out of some kind of SUV. They were giggling and talking, with two of the boys slyly shoving each other as they jumped onto the sidewalk.

She rolled her eyes when she saw the mother, dressed in a hooded puffy coat, a large wool hat, and of course…black exercise leggings.

Didn’t married women these days have any sense of self-respect?

They dressed like they were going to the gym (and most of them hadn’t exercised in years) and wore no makeup to cover up their bags and dry brittle skin…and then wondered why their husbands sought out women like her.

Women who took some time to look shiny.

Women that were happy to give a compliment or two…

She pulled her compact out of a tote bag in the back seat of her car and quickly wiped away the smeared black lines under her eyes. Smudges that were left over from the events of the previous night and were becoming more and more clear as last night’s chemicals slid from her body.

Rebecca (just call me Becky sweetheart) had stopped at the bar in Laramie, planning to only have a drink or two. Just enough to steady her nerves so that when she met her mother in Saratoga the next morning, she could keep her cool.

One drink led to more and then Mitch (or whatever the hell his name was) offered to take Rebecca back to his place to “hang out”. While there, he had offered her a little “pick me up” when she’d begun to lose her buzz, and she knew it was destined to be a night just like so many others before.

She massaged some tinted moisturizer into her parched skin, damn the Wyoming wind, and slathered on some bright pink lipstick. The fine lines around her mouth from years of smoking made the outline of her lips blurred, but she liked to think this made her lips look larger and poutier.

After she tucked her cosmetics back into her tote bag, she pulled up the zipper on her tall silver holographic high heeled boots. 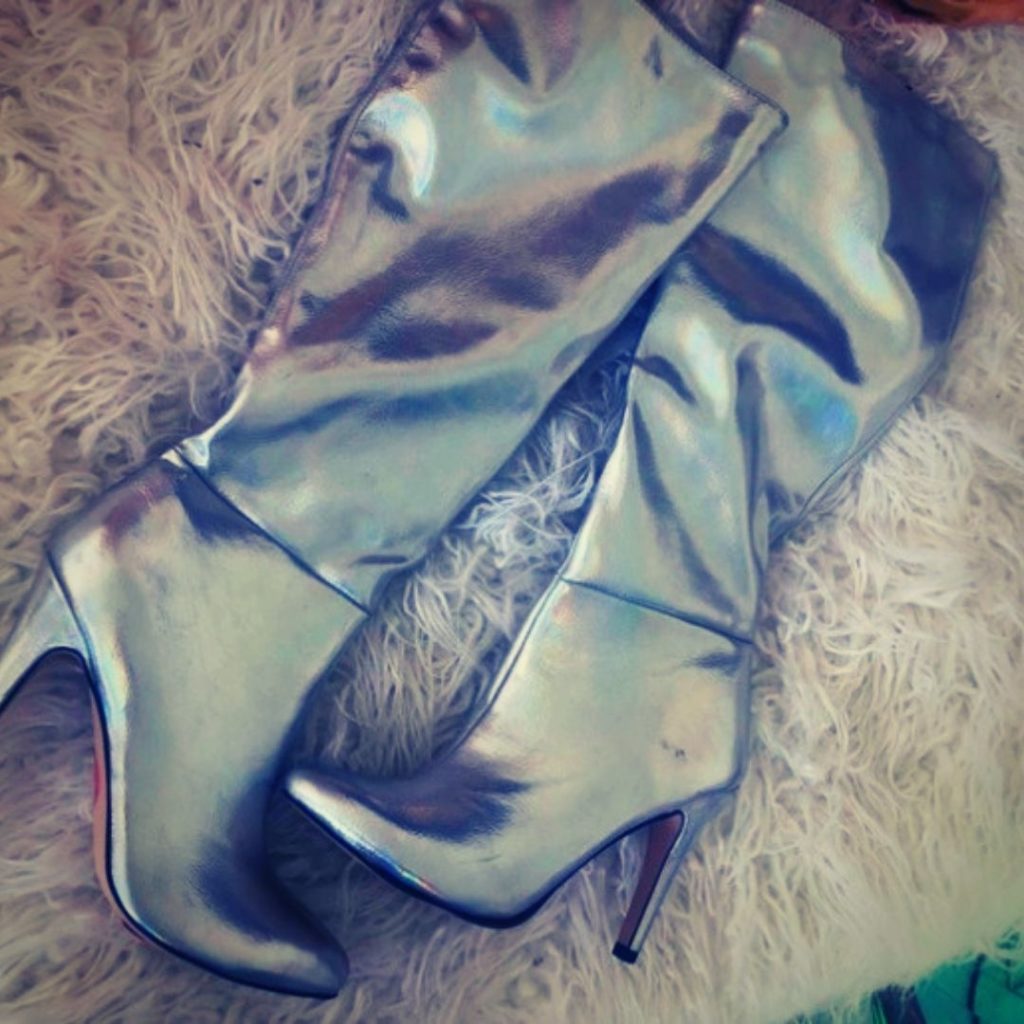 God, she loved these boots.

They always added a bit of flair to her outfits and had started up more conversations than she could count.

They were faded and worn at the toes and probably not the best look with her knee-length paisley dress, but as long as the zippers still worked, she was going to wear them.

They’d been an indulgent purchase and were a reminder of a time when she had actually had her shit together for more than a few weeks.

Rebecca had been making a steady paycheck at a coffee house in Fort Collins. The free coffee on tap fueled her need for stimulation in a moderately healthy way and she had been able to make her monthly visits to Saratoga like clockwork.

She had been dating Keith. A darling boyfriend who liked to take her grocery shopping and then made her dinner when they got back to her place. He was a bit pudgy and not exactly what you would call attractive, but his kind words and constant surprise that “a beautiful girl like her” would let him date her kept her satisfied.

It had been a snowy Colorado afternoon, and she had been walking past the downtown boutiques after a long day at the coffee shop.

When she had seen the bold boots in the window, she knew she had to have them.

She had worn them out later that night to dinner with Keith and he had laughed and said she looked like Beyonce.

Rebecca smiled into the mirror at the memory and then quickly closed her mouth. The missing teeth along her top back jawline were just a bit too obvious when she did that. She had lost another one just last week but had found if she did a sexy sideways smile you could barely notice.

She used a blanket to cover up her belongings in the back of her car, tucked the wallet out of sight under the driver’s side seat, and tied her silk scarf around her neck.

The finishing touch was a plastic-coated straw cowboy hat she’d found in a gas station bathroom a few weeks ago.

It had probably been left behind by some kid.

She had noticed it as she had been using a washrag to clean up from the last few days and had dropped her bar of soap on the floor. As she bent down to grab the soap (her head swimming with the sudden movement) she had seen it laying upside down on the floor under the pedestal sink.

She thought it looked cute and fun on her head, and it did a great job covering up her multicolored roots.

As she fluffed up her limp curls a knock on the window made her turn her head to the left too quickly and she grimaced and closed her eyes. She supposed not everything from the night before had worked its way out after all.

She quickly turned her pained expression into one of joy when she saw the serious expression of her daughter peering at her through the glass.

Rebecca opened the door after she shrugged on her thick wool coat, and enveloped Casey in a big hug. She pressed her cheek hard into the top of her head that was covered by a rainbow knit hat. She held her back at arm’s length and held back the words that wanted to come spilling out of her mouth.

She knew that it was “in style” now to be gay, and that chances were that Casey would outgrow this phase. But did she really need to keep her hair so short, and wear those baggy flannel shirts and combat boots?

Some of it she blamed her mother for, it was so much harder to travel back and forth between Wyoming and Colorado. It had been much easier when they lived in the same town.

Though she knew her mother felt that the distance was a good thing. 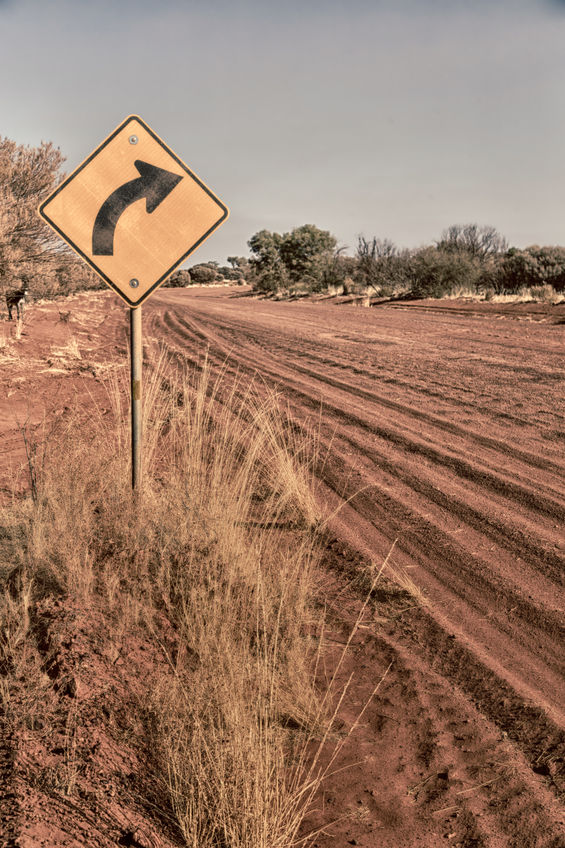 She had announced the move back to Wyoming after finding her passed out in her car in the driveway one too many weekends in a row.

Her mother claimed it would be better for Casey to live in the small town that had known her family for the last three generations.

Casey obviously stuck out like a sore thumb everywhere she went, but the community had been surprisingly open to her. She talked often about sleepovers with friends, had been thrilled about her solo in the last choir performance, and all in all she seemed happy.

Rebecca linked her arm in Casey’s as she slid her purse over her shoulder, and they chatted happily away about the big breakfast they would have in the diner.

Though honestly, the thought of any kind of food made her stomach roll and pitch.

They walked into the tiny old diner (was it meant to be charming or was it just weary and outdated) and were greeted with stares from the large family, and the two old men in the corner.

Since all eyes were on her anyway, she figured she should make an impression.

She popped her hip out, gave her sly sideways smile, and asked if they could just seat themselves.

The Plain Jane mother smiled back (after pausing and staring at her boots) and told her they had seated themselves and she was sure they could do the same.

Rebecca put some extra swing in her step for the gentleman in the corner and ignored the pounding in her head that echoed with each step. She sat down with Casey and gently settled her coat and purse on the chair.

She leaned forward and with loud laughter began to pepper Casey with questions, acting like everything was sunshine and roses.

Casey knew this game well and played her part perfectly.

Rebecca noticed her staring at the number on her hand and put a black glove over it, the one with the missing thumb so she could still text. She hadn’t noticed that she had taken her scarf off until it slid to the ground when she got up to look around.

Casey looked at her as she paced around and glanced back towards the kitchen. Probably thinking of times in the past when slow service had caused Rebecca to lose her cool. That would not be an issue today. She had no desire to eat and had ordered a simple breakfast just to keep Casey from asking questions.

She knew that in this town she had to behave.

It would get back to her mother if she had anything other than perfect manners.

After all, don’t you know?

You asked for it, I did it.

Note: This story came to me while we traveled out of town to cut down a Christmas Tree earlier this month. The idea of “Rebecca” wouldn’t leave my head so I decided to turn it into a short story.