From the moment I found out I was first going to be a mom, I thought to myself, what kind of mom will I be? In my mind I made a list of the mom I wanted to be. A mom that loved, listened and believed in her children, and most of all, I didn’t want to be a mom that yelled.

For the first two years of motherhood this was possible, I felt like I was doing O.K. Then I found myself with a two year old! When my daughter wouldn’t listen, or do what I asked; I would find myself upset and my voice would automatically raise. I found myself wondering why I was yelling. Was it to cause fear, or just to get her attention? Nope, it was just out of my own loss of self control. The answer became clear when I realized that I always felt bad after I calmed down. But I wasn’t ready to change yet, I made excuses…I am human, yelling is better than hitting, she doesn’t seem bothered…Yelling is not better than hitting, yelling is hitting with words and the injuries last longer than any bruise. Like most modern mothers I began researching. I bought several books, and would begin with the best of intentions but, alas, nothing changed!

My husband and I welcomed our second child two years ago, and I can no longer ignore what the effects of yelling can do. I hear 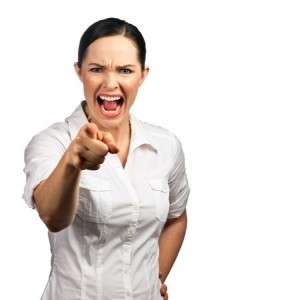 the way my now five year old daughter speaks to her little brother, and I have to constantly remind her use a kinder softer voice. Where and when did she learn that yelling was what you do to get a point across? Oh that’s right, from me.

Two months ago I had a rude awaking. I was in the shower and my son got into the toothpaste. He rubbed it on himself, the wall, and into the carpet. I lost it like normal and yelled! But, not only did I yell at him, I yelled at my five year old, asking her why didn’t she stop him? Telling her that she knew better and on… and on. Well, of course once I calmed down, I knew I had to apologize. Of course she couldn’t stop him; I can’t even stop his tornado like behavior! So, I went into her room where she was still sitting and crying, and I apologized. I told her that I had been upset, and I knew it wasn’t her fault and I shouldn’t have yelled. That’s when she hit me with her words, but it was a hit I needed. She said, “Mommy I just feel sorry for you when you are like that”. OUCH! That’s when I knew something had to change.

The next day, as I was scrolling through Facebook, I saw a post that had a friend has put on their timeline . An article from the Huffington Post called 10 Things I Learned When I Stopped Yelling at my Kids. I of course clicked on it, and it was one of the best parenting articles I have ever read. Perhaps it struck a chord because the effects of my yelling were still so fresh, but I felt like it was a sign from above that I could do this! It just really stirred my heart, and I hope that it does the same thing for others that read it. In this article there was a link to a blog called The Orange Rhino Challenge so I went and explored, and continue to stop by.

I made a pact with myself that day; I would start going yell free for 3 weeks, we would be a “yell free” family. I shared my goal with my husband and a few great friends, knowing it would be good to have someone hold me accountable. I am currently into week 5. Yes, I have had some relapses, but they are nothing like I was before! I have learned that instead of yelling I can just take a breath, walk away, jump up and down, or simply stand in absolute stillness. I can control myself and as a result I have learned that there is usually a somewhat reasonable (in their mind) reason behind why my kids are doing something I tell them not to. And now I can calmly turn it into a teachable moment.

I also have learned my personal triggers. I know now that I want to yell when I feel like my time is being interrupted, and have faced the fact that I don’t have my own time, and that’s O.K. My kids will only be little once. So yes, I might have to stop and pause at work and loose my train of thought, or I might not get to read the article I want in one sitting, but that’s O.K. It will be there when I am done with my kids.

I feel so much better when I go to bed at night, and I have seen a dramatic change in my kids and how they react to me. And amazingly with less yelling they listen better than they ever did before! Even my husband has noticed the changes, and he himself is trying to go “yell free”. There is no real secret. I think the best thing to keep in mind is that it’s hard. Be patient with yourself as well as your children. This is a life style change, and just like any other change it will take time and work (trust me it is well worth it). Just becoming more aware of when and why you yell is a big step. As you see the positive changes in yourself and the love you receive from your children, you will be encouraged to continue your “yell free” life. I know that going “yell free” has been one of the best choices I have made for both myself and my family!