Wyo Sal: In Sickness and in Health

I had never looked forward to a trip “home” more. Not for Packers-Bears, not for Brett Favre’s last playoff win against the Seahawks, not even for Mom’s surprise 75th birthday party or the cousins’ reunion she worked to organize for more than a year. 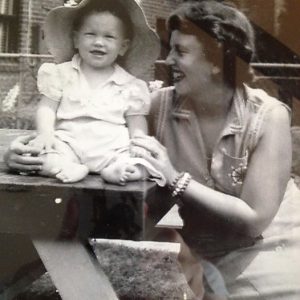 For some reason, I felt a magnetic pull to be there for her 85th birthday this week.

There was no big party planned, but all three of her kids were going to be there at the same time for the first time in several years.

So we were on our way and got a call that changed our destination and cancelled our Wisconsin trip.

The oldest daughter of my significant other was hospitalized with a serious medical problem.

Grown children of a couple who aren’t married are one of a myriad of challenges to manage in a mature relationship, even when everyone is healthy.

Between us, there are four children ages 47 to 26, and four grandchildren ranging in age from 22 to 1.

There are no manuals for what to do. We’ve been winging it for 15 years, and I am not sure we’ll ever figure it out.
I’m sure my other wasn’t exactly thrilled to spend many holidays with my ex, whom I invited so he wouldn’t be alone and so my kids weren’t pulled in two directions.

Likewise, it’s a bit awkward to visit his family when three generations, including his ex, live together.

But when I called home to tell mom why we weren’t coming for her birthday, which had been my idea in the first place, the last thing she said to me was “just stick together.”

So I tried not to be the 2-year-old who threw her birthday cake on the ground, and instead supported the man who has been so wonderful to me in so many ways. And even though we’ve not said any vows, in sickness and in health is one thing we seem to have figured out … at least this time.