Wyo Sal: The Arrival is Too Soon

In secular terms, I have failed miserably this season.

I could blame the wind and the cold which prevented me from leaving my little house on the windy prairie.

I could blame my 14-week obsession which happily lasted until December for the first time in ever, but caused my focus to remain solely on brown and gold rather than green and red.

Or I could blame me — just me.

So the one thing that I’ve been able to hold up this Advent season is my daily meditations, which I need like a house pet needs shelter when its 38 degrees below zero outdoors.

A dear friend and former coworker has landed another job in a Catholic parish. For many years, she has gifted me with a small envelope of Catholic meditations for the seasons of Advent and Lent. She cannot know how much I needed them this year.

This beautiful prayer was included in the package, and hangs on my refrigerator, where I can see it several times a day. It is from the 11th Century, but apparently even back then, they had their priorities straight.

Merry Christmas from my little homestead to yours.

Merry Christmas from my little homestead to yours. @WYOSAS

Breathe deeply, and know that it’s never too late to let the baby Jesus into your heart. 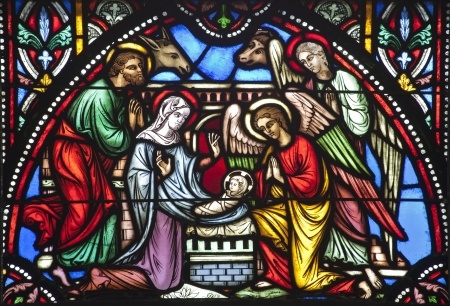 A Prayer for Christmas

Lord of light, shine on us;
Lord of peace, dwell in us;
Lord of might, protect us;
Lord of love, enfold us;
Lord of wisdom, enlighten us.
Then, Lord, let us
go out as your witnesses,
in obedience to your command;
to share the good news
of your mighty love for us
in the gift of your son,
our savior, Jesus Christ.