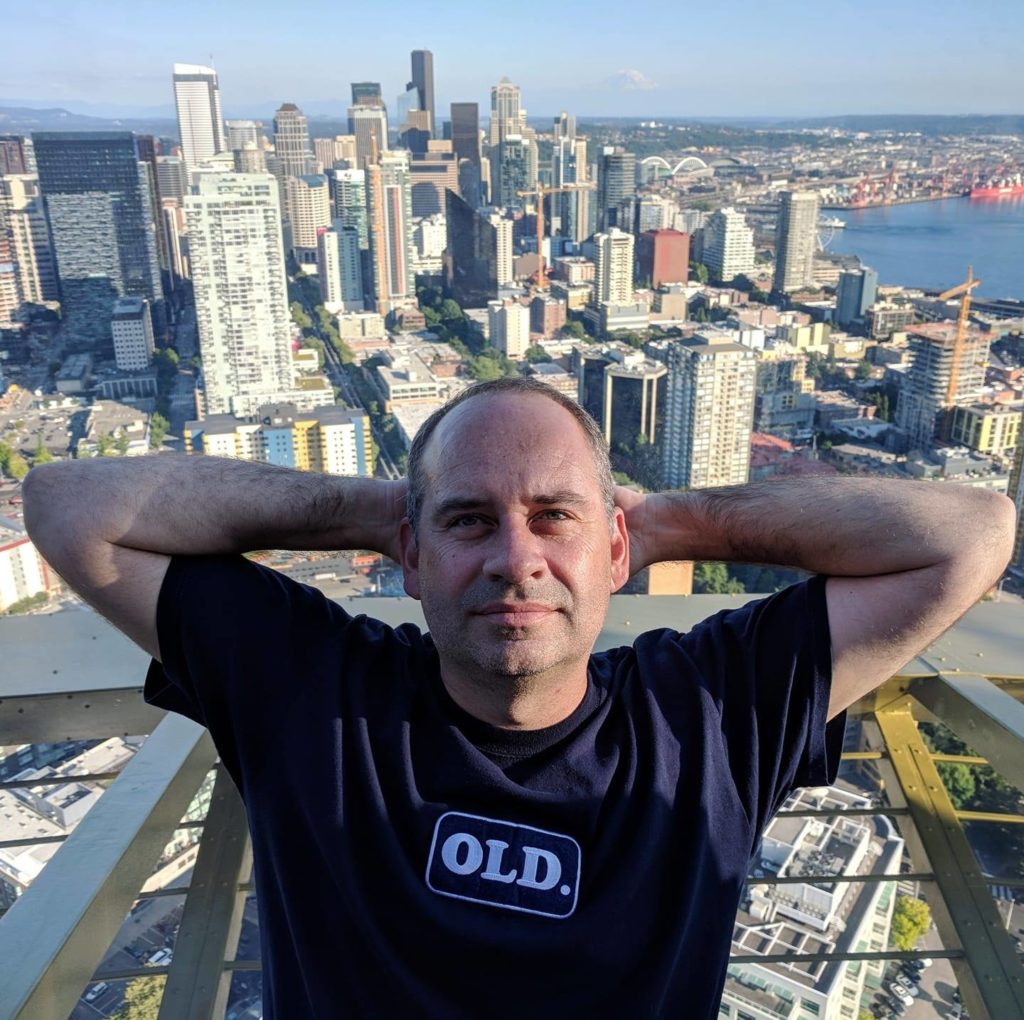 This guest post is written by John Daly, the author of the popular Sean Coleman Thriller series. He and I connected over on Twitter and aside from thoroughly enjoying his books, he’s my go-to Twitter guy for generally even keel and nonbiased political views.

I thought it would be fun to have him share a peek into the world of a successful writer, and besides doing exactly that, John Daly is also offering a signed copy of his latest Sean Coleman book to one lucky reader.

So make sure you stop by at the end of this post and enter to win.

“Feeling the tingle of cold moisture brushing across his face, he whisked his way out from under the dull light of a street lamp and walked across the road. Once on the other side, he began making his way back to the incline to the spot where he believed the car had gone over. He could hear no moans or cries for help, only some distant, oblivious traffic from the interstate below and the crinkle of patches of frozen grass that strayed up from cracks in the pavement beneath his feet.

The brake lights of the car below were no longer on, nor were the headlights. The darkness wouldn’t let him make out the outline of the automobile or the shape of anyone who might have exited it.

“Don’t go down there!” commanded a loud, unexpected voice from the night.

The abrupt order nearly caused Andrew to drop his cane. It hadn’t come from below, but from above—further up the hill. He halted in his tracks. His head twisted back and forth as he struggled to pinpoint the voice’s source.

A pair of headlights quickly flicked on and off about twenty yards up the road from him. There was another car, a van, hidden in what was left of the diminishing cloud. It was parked along the ledge of the embankment.”

One of my favorite scenes to write as a thriller novelist was for the first chapter of my second book, Blood Trade (A Sean Coleman Thriller). 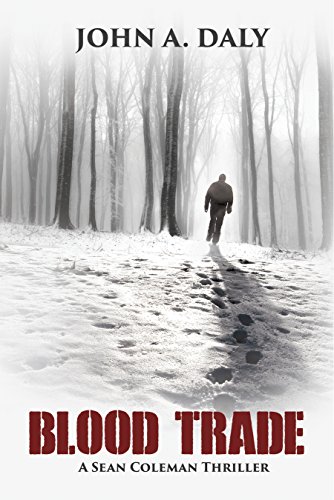 The reader is introduced to a middle-aged software salesman named Andrew Carson, who (after an unfortunate dinner argument with his daughter Katelyn) is driving home on a cold, winter, Colorado night. Carson comes across the aftermath of an automobile accident, or so he thinks. A wrecked vehicle is trapped at the bottom of a steep incline. Smoke and the smell of gasoline and antifreeze fill the air.

Carson, who’s partially disabled, pulls over to help, but his attention is soon drawn by a man’s voice in the dark. The stranger is at the wheel of a van discreetly parked at the top of the hill. He’s aware of the accident but warns Carson not to intervene.

Before the stranger can sufficiently explain himself, the driver of the mangled car below unexpectedly runs up the hill toward them. For an unknown reason, the action is so alarming to the man in the van that he suddenly peels out, speeding off and leaving Carson on his own.

“Andrew felt the spray from the tires slap his face. His chest tightened as he struggled to comprehend the driver’s bizarre reaction. Though largely concealed in the darkness, he knew that his reaction was clearly prompted by fear—fear of a confrontation with the large man who was now nearly at the top of the hill behind him—the man who Andrew was about to be standing with . . . alone.

The loudening racket of hands and feet digging into frosty earth suddenly stopped. Andrew could feel warm breath bearing down on the back of his tense neck as the rest of his body turned ice cold. He swallowed before slowly turning his head to meet the eyes of the person standing behind him.

It wasn’t the man’s darkened eyes, however, that greeted Andrew’s line of sight. It was his neck. The man was huge. He towered above Andrew, who had to lift his head to meet the man’s opaque stare.

Andrew stumbled backwards a step, digging the tip of his cane into the ground after carving out some marginal distance between himself and the imposing stranger who hovered much too close for comfort.

The man didn’t say a word, which made Andrew nervous. He wasn’t sure if the man was just trying to catch his breath or if he was evaluating Andrew’s reason for being there. He had short, dark hair and appeared to be Caucasian and somewhere in his mid-to-late twenties. His large biceps looked like upside-down tree trunks rooting out from his receding shirtsleeves. Half a dozen earrings snaked up the sides of each of his ears and a slightly larger ring looped through the bottom of his nose. The man should have been freezing with his bare arms and thin shirt providing no insulation from the brisk temperature, yet he didn’t seem too affected by the elements. The strong, repellent stench of alcohol skimming the air perhaps explained why.

Andrew forced himself to speak, hoping to assess whether the paralyzing anxiety that rushed through his skin was truly warranted. “Are you okay?” he timidly asked.

There was no reply. Only heavy breathing.”

The tense encounter, and mysterious origins of the situation Carson has found himself in, evolves into something very dark, and more complex and dangerous than anything he could have imagined. I believe it to be a highly effective scene, with the reader being pulled into Carson’s world, and sharing his confusion and distress as the predicament he’s now trapped in worsens.

But as the person who wrote it, the words, details, and emotions came relatively easy… for one key reason.

It’s not entirely (or even mostly) fiction.

I found myself in an almost identical situation several years ago, even down to the actual offramp and intersection described in the scene. No, I wasn’t a software salesman (I was a software developer). No, I hadn’t gotten into an argument with my daughter that night (she had yet to be born). No, I didn’t walk with a cane.

But the rest was pretty much dead on.

It was a chaotic, nerve-racking position to find myself in. I had stopped my car to help someone I believed might have been injured, only to realize I had unwittingly stepped into the middle of some kind of conflict between two individuals I didn’t know. When the man in the van (it was actually a sedan) sped off into the night, leaving me alone with the imposing figure he was clearly scared to death of, I had a strong feeling things were about to get bad.

When I mentioned to the man that the police had been called and notified of the crash, his response after a long, uncomfortable silence (as captured in the book) was, “I need a ride to Denver.” The inference was that I was going to take him there… over 50 miles away… whether I liked it or not.

I won’t give away any more of the story (or the book for that matter), but as a fiction writer, I’m actually quite thankful for a number of strange ordeals and encounters I’ve had over the years. The same is true of individuals I’ve met and spent time around, though the value of those moments hasn’t always been apparent at the time.

“Write what you know” is one of the most commonly repeated pieces of writing advice out there.

It’s also one of the best.

It’s not only because of the ease of familiarity and expertise in certain topics. Writing is an extension of oneself. Whether it’s fiction or non-fiction, writing is often a very personal thing, even when you’re courting a particular audience, or know that your work will be read by dozens, or hundreds, or thousands, or millions of people.

Every writer’s identity and life experiences are — in some way, shape, or form — reflective of who they are.

And because each individual is unique, with different experiences, perspectives, and relationships, everyone — I believe — has a story to tell.

I’ve been telling such stories for several years now, and I’m always heartened when people (whether they be readers, other writers, or awards judges) tell me they enjoy them. It’s a good feeling, but the gratitude I have goes well beyond that. I’m also thankful for the inspiration provided by the many individuals and unexpected twists and turns that have come in and out of my life. 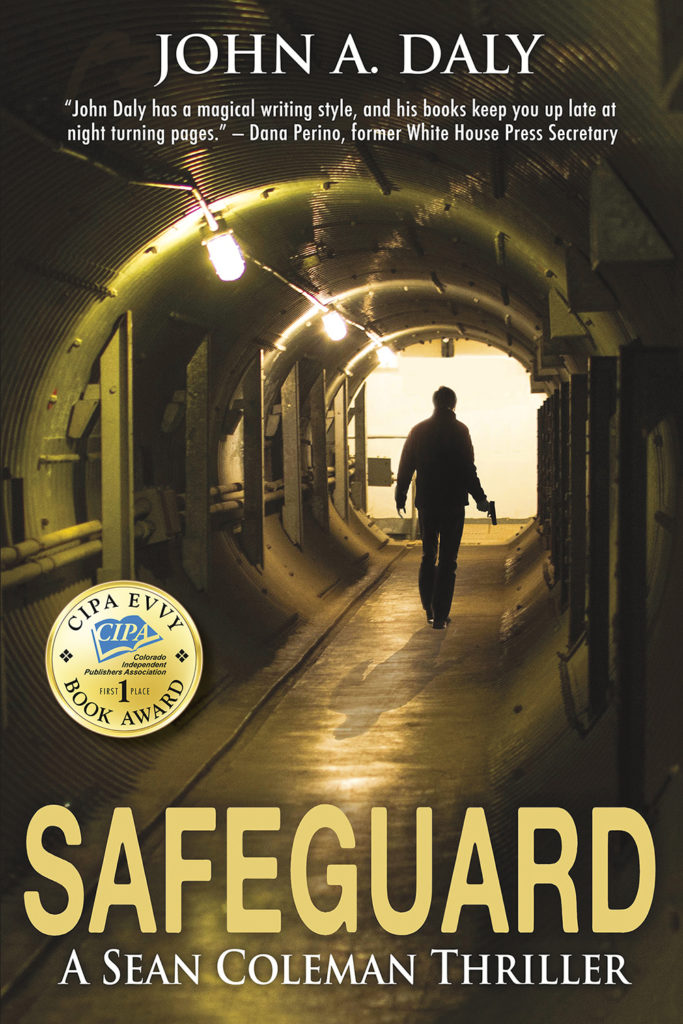 Sean Coleman, the protagonist in my book series, is a composite of several very real people who I’m fortunate enough to have known. The same is true of the series’ supporting players. Growing up in Colorado, most of the action in my books take place in the Rocky Mountains, with other settings having been written on-location to help capture their sights, sounds, and smells. The event that starts off Blood Trade (described above), is just one of many plot elements taken and exaggerated from real-life personal experiences.

My hope and belief is that the authenticity comes across on the pages. If you’re unfamiliar with my novels, I hope you’re compelled to give them a try. If you do, I hope you enjoy a glimpse into my life.

You can purchase books from John Daly ’s “Sean Coleman Thriller Series” on Amazon or wherever books are sold.

Signed, personalized copies (they make a great Christmas present!) can be purchased from John’s website.

John’s free weekly newsletter, The Daly Grind (a collection of humorous observations, and thoughts on art, music, travel, society and culture), can be subscribed to here.

All you have to do to enter to win a signed copy of John Daly ‘s latest book is let us know why you love the Thriller/Mystery/Crime genre in the comments below.

You can earn more points towards the giveaway by following us on social media using the form below.