Take a Risk and DV8

Change = depart from an established course – to deviate… 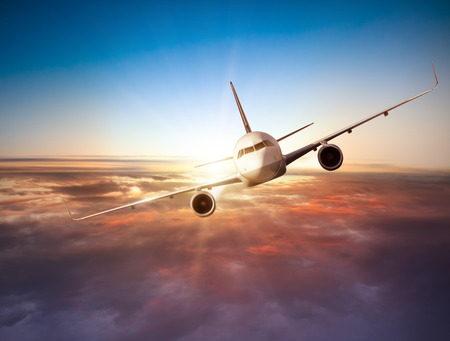 In the airline industry, this is a code word that is familiar to all crews and personnel. When you intend to go from San Francisco to New York’s JFK Airport, but end up in New Jersey at Newark Airport, you have most likely had to DV8—deviate—due to weather or some other issue.
Sometimes the amount to which we DV8ed was small; a few degrees to the west meant avoiding a dangerous thunderstorm and landing safely at our destination.

Other times, DV8ing meant we would have to completely turn around and go back to our originating city. It could be scary and frustrating. But, in the end although the detour sometimes took us longer than the original path would have taken, we would eventually end up where we’d intended to go.

The very act of taking a risk requires you to DV8, to change your path.

Even a small, incremental shift can have a tremendous affect on your future.

Risks and DV8ing are intimidating because they go against our natural instinct…to maintain the status quo.

It’s so easy—so comforting—to stay in a familiar situation, even if it makes us miserable. We find ourselves doing the same thing every day, and then wonder why we feel stagnant.

Einstein defined “insanity” as the belief that doing the same thing over and over again will produce different results.
How many of us could be called insane?

The word deviate is the antithesis of Einstein’s definition of insanity.

For me, nothing has captured the power of DV8ing Robert Frost’s poem The Road Not Taken which ends with this well-known sentence…“Two roads diverged in a wood, and I— I took the one less traveled by, and that has made all the difference.” This poem has meant much to me over the years, probably because it explains my life and how I’ve adapted in order to learn, grow, and cope with difficult situations. The poet’s meditation on life illustrates the monumental difference that changing direction, even ever so slightly, can make in your life.

Sometimes the problem is not the desire to make a change; often, the trouble is knowing what change to make.

Maybe you’re considering a career change, but you have no idea what occupation would be a better match. Or perhaps you want to take a leap and move to another country, but you don’t know where to go.

I believe we each have a purpose on this earth. Many of us do not realize our purpose because we are so busy with the day to day actions of living. 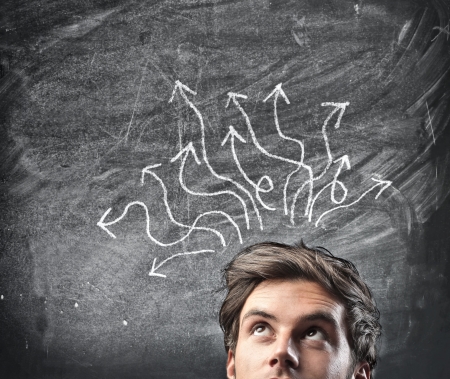 If you take the time to be still and to reflect on your life, on what you love and what makes you happy, then you will become aware of the risk that is right for you.

Changing doesn’t necessarily mean doing an about face. Even small steps toward a change, like a pilot who changes his headings by only one degree, can result in a completely new destination.

Don’t forget…that one-degree shift out from JFK Airport is the difference between flying to Southern France or Northern Spain.
Your plan to DV8 could also be on behalf of others, or to change the lives of those you love.

What if you made the decision to visit one person in a nursing home this week, or make one phone call to a shut-in?
Service unto others is a strong dose of happiness for all.

I want to encourage you to take small steps to improve in every aspect of your life, not just in work or relationships.

@AnneFishRisk I want to encourage you to take small steps to improve in every aspect of your life, not just in work or relationships.

For instance, if your goal is to adopt a healthier lifestyle, what would happen if you made just a small adjustment to how you eat? What if you started walking ten to twenty minutes, three times a week, around your neighborhood?

Change, like risk, gets a bad “rap”. Start small, make 1 degree shifts, and changing your course…

DV8ing, COULD change your life!

Head over to AnneFish.net to learn more about taking risks and find her book “Riskformation: How Smart Risk Taking Will Transform Your Life” at Amazon.com