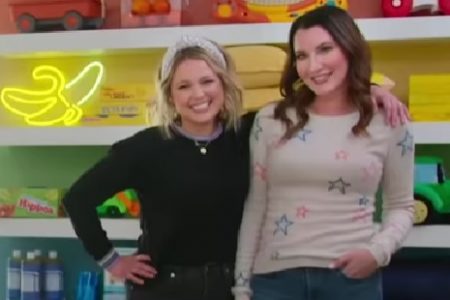 What It Is About Netflix’s “Get Organized With The Home Edit” That’s SO Addictive?

The second season of “Get Organized With The Home Edit” was recently released on Netflix. And, I have to admit that I had about a gazillion things I should have been doing in the last week that I completely ignored so that I could binge-watch almost the entire season. As… Read More »

Need Some New Shows To Watch? Here You Go!

Over the last few months, I’ve had plenty of time to watch TV and dive into more than a few new shows. My binge watching consists of sneaking in two episodes of a show during one or two naptimes a week, or maybe getting in an episode or two on… Read More »